TÜSİAD is a voluntary business organization of leading entrepreneurs and executives of the business community of Turkey.

On account of the institutions represented by its members, TÜSİAD, has a significant representative capacity of the economic activity in Turkey in many spheres such as production, value added, formal employment and foreign trade.

TÜSİAD’s activities are aimed at creating a social order based on the competitive market economy, sustainable development, and participatory democracy.

In the last decade, TÜSİAD has published 120 reports on various issues relevant to the business community.

In the last 5 years, it has formulated 300 position papers on various issues in its focus areas. It has organized more than 2500 activities..

TÜSİAD has represented Turkish business community on global platforms with more than 200 interaction with B20, Businesseurope, and OECD-BIAC in the last 5 years.. 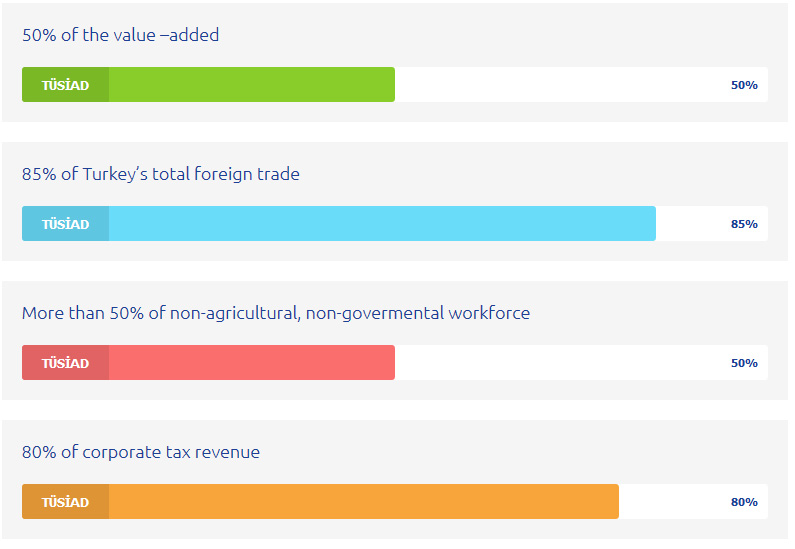